Why Drug Testing Welfare Recipients Is a Waste of Taxpayer Money 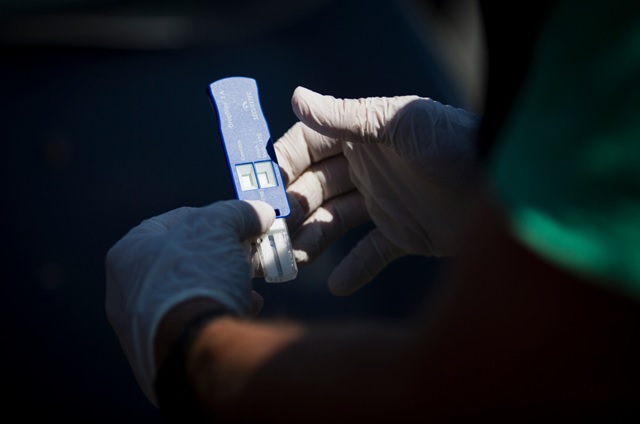 "In Florida, during the four months the state tested for drug use, only  2.6% of applicants   tested positive. Meanwhile, Florida has an illegal drug use rate of  8%,  meaning far fewer people on services are using drugs than their better-off counterparts. The drug testing cost taxpayers more money than it saved, and was ruled unconstitutional last year."    The tired image of the welfare queen with six kids, driving around in a Cadillac, watching soap operas on an expensive television and eating junk food on the couch has had its day. It is 2014, years into the Great Recession, and millions have been helped by hundreds of  social services  put in place by the government to stabilize families in this time of need. Yet the states insist upon making the lines between the rich and poor ever darker, ever harder to cross.  Maine  lines up as the latest in a host of states beginning to enforce drug-testing legislation for welfare recipients. People tend to forget that
read more »

September 27, 2014
"During the time the law was in effect, about 2.6 percent of recipients tested positive for illegal drugs, mostly for marijuana, according to the court documents.  The failure rate was well below that of the general population. The U.S. Department of Health and Human Services found in a 2009 survey that about 8.7 percent of the population aged 12 or older had used illicit drugs in the previous month." Dec 31 (Reuters) - A U.S. judge on Tuesday struck down a Florida law requiring drug screening for welfare recipients, saying that it violated the constitutional protection against unreasonable searches. Florida Governor Rick Scott, a Republican who campaigned on a promise to expand drug testing, said he would appeal the ruling. The law took effect in July 2011 and required parents to undergo and pay for urine tests for illegal drugs when they applied for Temporary Assistance for Needy Families, a federal-state program that helps poor people with children pay for f
read more »